No matter how nice the insurance adjuster seems, they are not your friend. Insurance adjusters work for the insurance company and their whole job is to reduce the value of a claim. In order to do this, many of them use very sneaky and underhanded tricks to get out of paying victims a fair claim. If you’ve been injured in an auto accident, it is critical you understand these tricks in order to protect yourself. Here are just four of the most common dirty tricks we’ve seen Florida insurance companies pull on victims just like you.


Insurance companies will hire private investigators to spy
on you. They will follow you on your daily routine, dig into your past, and
even scroll through all your social media accounts. They do this to find
anything they can to undermine your credibility and “prove” you are lying about
your injuries. After filing a claim, be careful about what you do, because
anything they find will be used against you.


There is a lot of paperwork involved in filing a claim and
after awhile, it becomes nearly impossible to read all the fine print,
especially when you are in pain from your injuries. Insurance companies know
this and will use it against you by sneaking in clauses where you sign away
your rights. One of the most common is a medical records release, that legally
allows them to dig through your entire medical history to find anything to use
against you. For example, they may find that you sustained a neck injury years
ago and will argue the whiplash you endured from your crash is actually from
the previous injury. Never sign anything from the insurance company without
attorney review.


Dragging Out The Claim


Florida has a four year statute of limitations on when you
can file a claim after a car accident. This may seem like a long time, but
insurance companies know exactly how to stretch out a claim just long enough to
drop it. They’ll avoid your calls, bury you in paperwork, and present one false
argument after another. They do this in hopes that in the worst case scenario,
you’ll get frustrated and settle for less and in the best case scenario, you’ll
hit the statute of limitations. Your bills are piling up and debt collectors
are calling, but insurance companies have nothing but time and they will use
it.


Insurance adjusters are masters at the trick question. They
will ask questions specifically designed to entrap you and make you
accidentally admit fault, even when you were completely innocent. For example,
they may ask “If it wasn’t raining do you think you would have been able to see
the other driver running the red light?” This type of question is designed to
trap you into saying “maybe if it wasn’t raining, I could have better seen the
other driver.” That is an admission to partial fault, when the other driver ran
a red light. In a comparative fault state like Florida, that’s enough to cost
you thousands off your claim. It’s best to let your attorney handle all the
questions from the insurance company.


These four dirty tricks are just some of the ways the
insurance companies will try to get out of paying your claim. Fortunately, you
don’t have to combat these tricks alone. Michael Babboni, The St Pete’s Lawyer
and his team are ready. After 27 years of winning fair settlements for his
clients, insurance companies know him well. They know that he knows how to
combat every dirty trick in their playbook and will deftly defend his clients.
Don’t let the insurance company pull their tricks on you. Instead call
1-727-381-9200 for a free consultation and to learn how Michael will fight for
you! 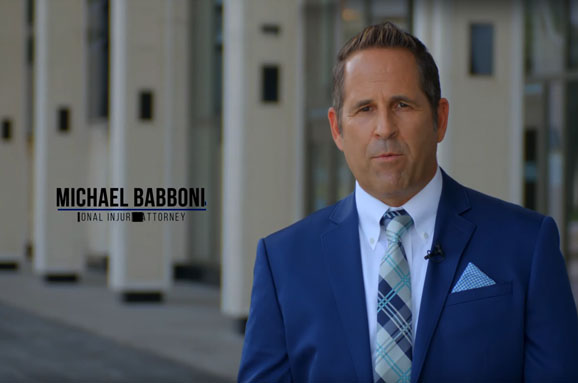